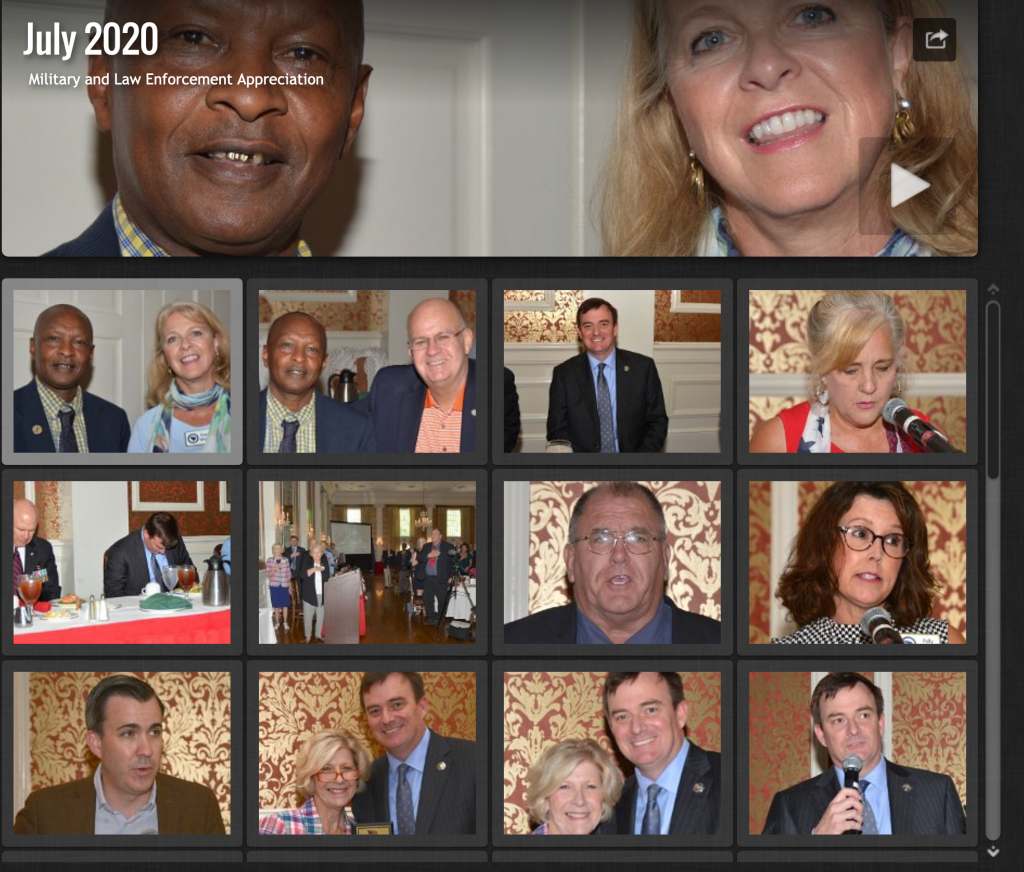 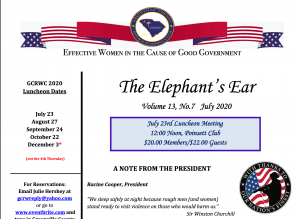 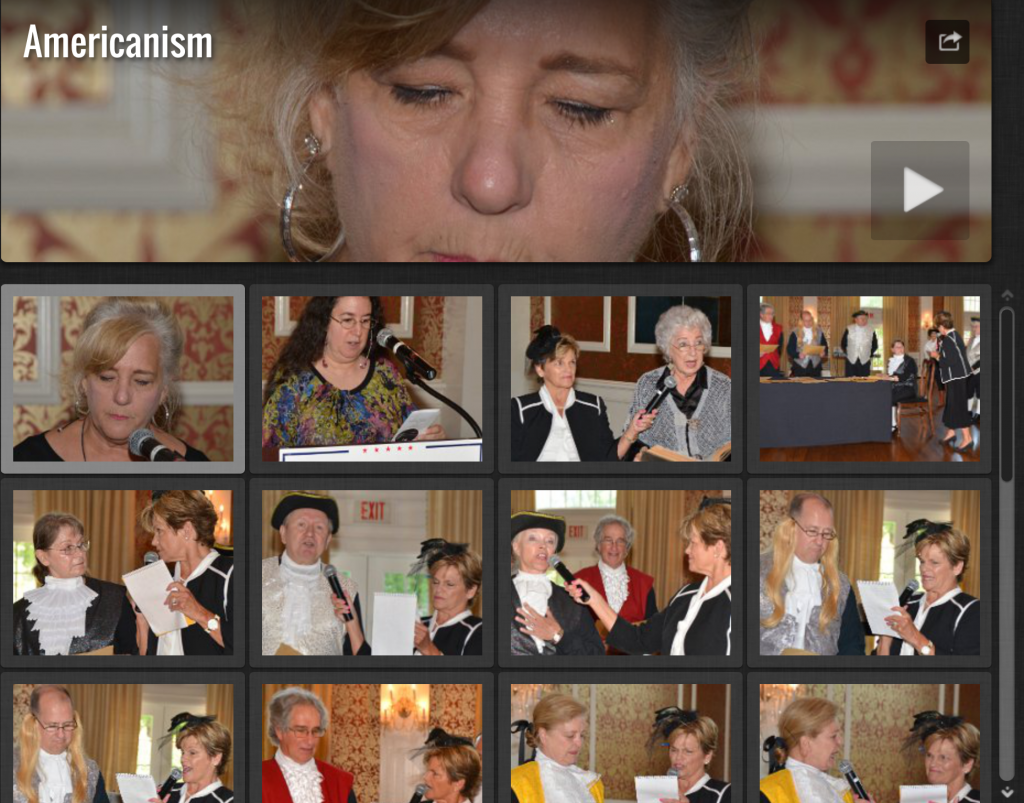 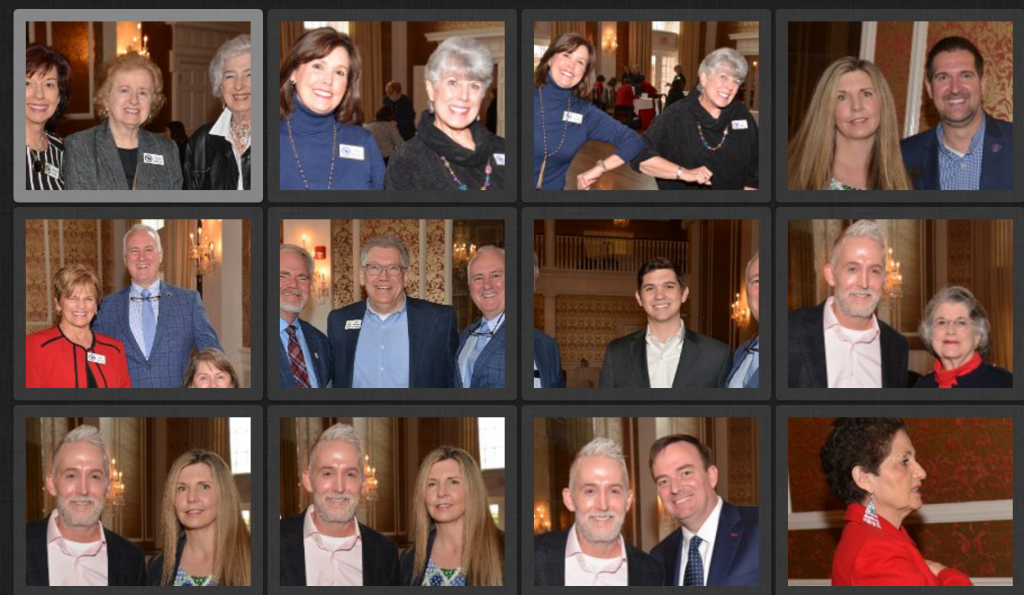 Due to circumstances beyond our control, Senator Lindsey Graham is unable to attend our meeting on Monday, March 16th.  He sincerely regrets that he cannot join us at this time, but this is NOT a cancellation of his visit, only a POSTPONEMENT.  Many of you have probably already heard that Senator Graham was in contact with someone over the weekend who turned out to have the COVID-19 virus.  Out of an abundance of caution, he has chosen to self-quarantine.

We are excited to announce that Trey Gowdy has graciously agreed to step in and serve as our primary speaker. In addition, you will have the opportunity to hear from Bobby Cox, Garry Smith, Jason Elliott, and our newly-elected sheriff, Hobart Lewis.

All RSVPs have already been turned into the Poinsett Club, and the cost will remain $30.00.  Your understanding is greatly appreciated!

I look forward to seeing you on Monday.  We are expecting a much larger group than normal.  Please plan to arrive early to secure parking, and if you are able to carpool with other club members, that would be a great idea. 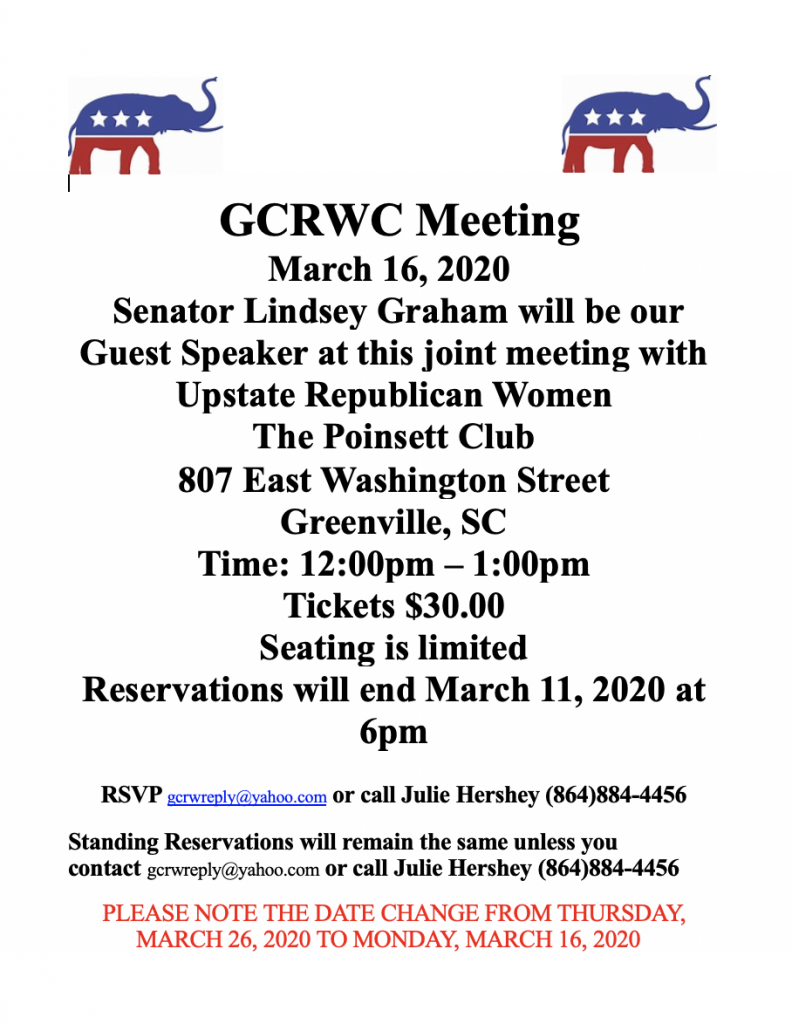 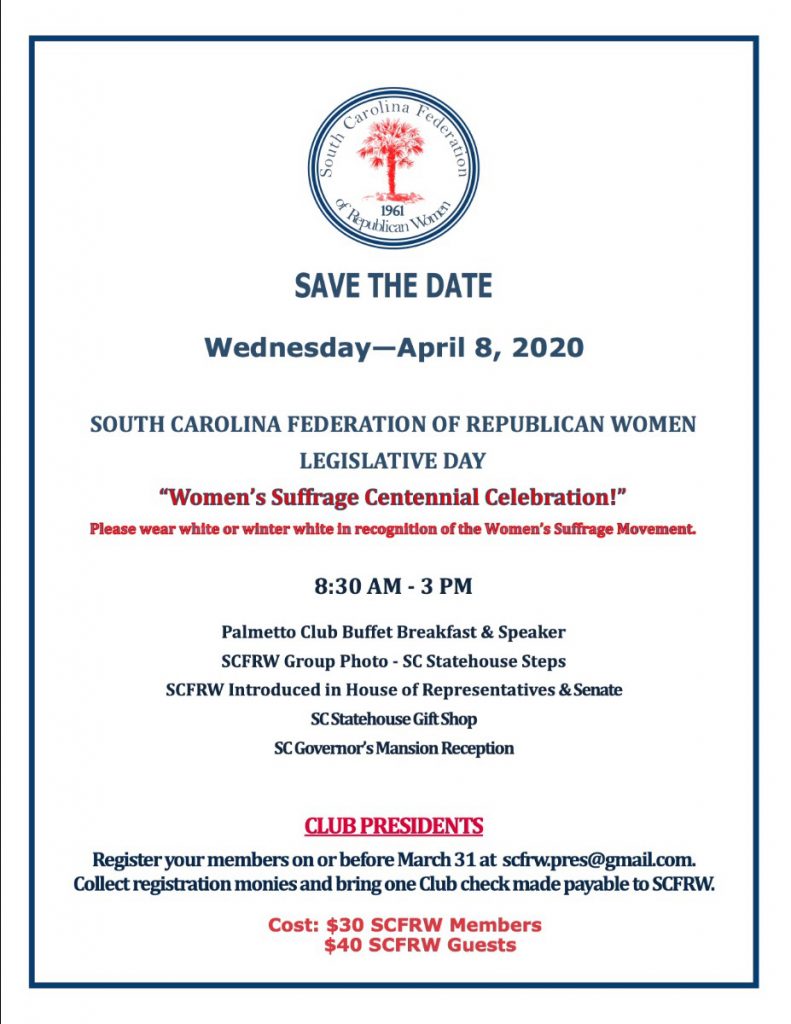 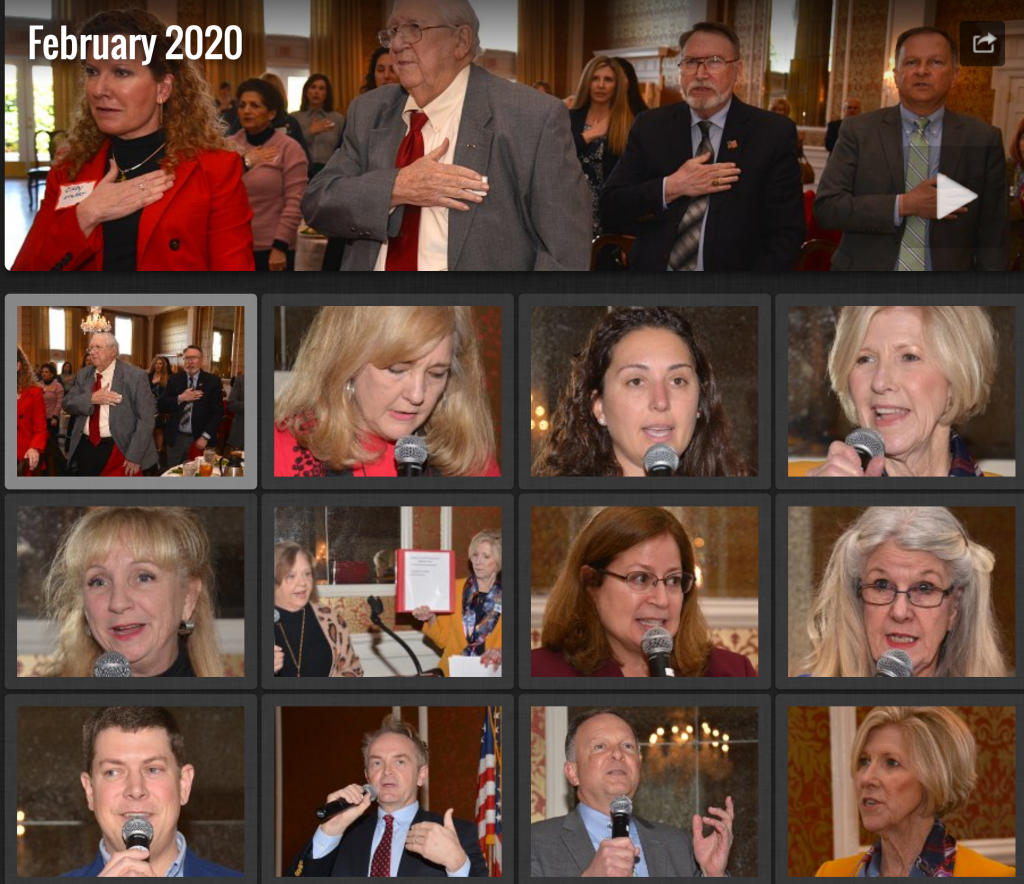 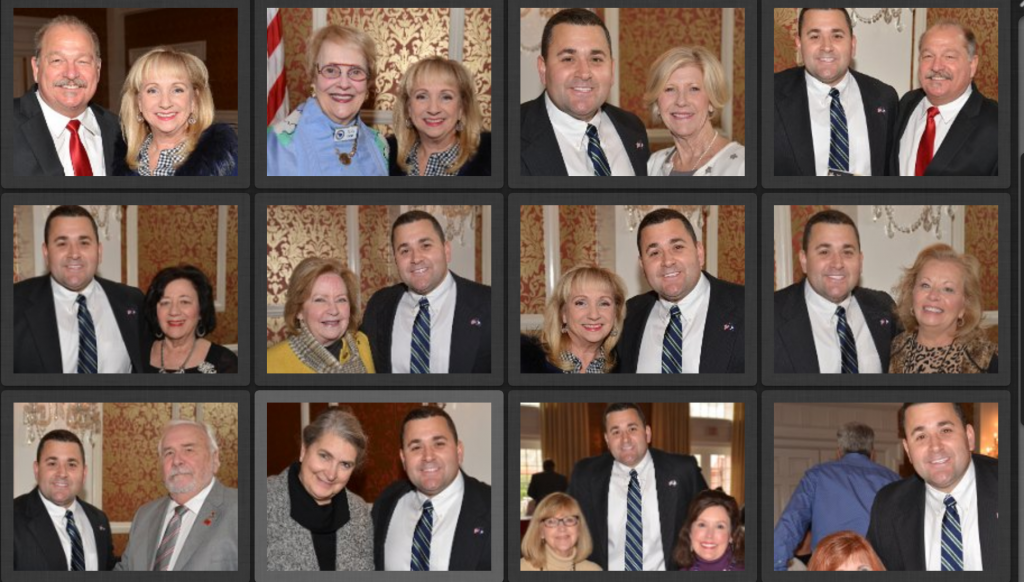 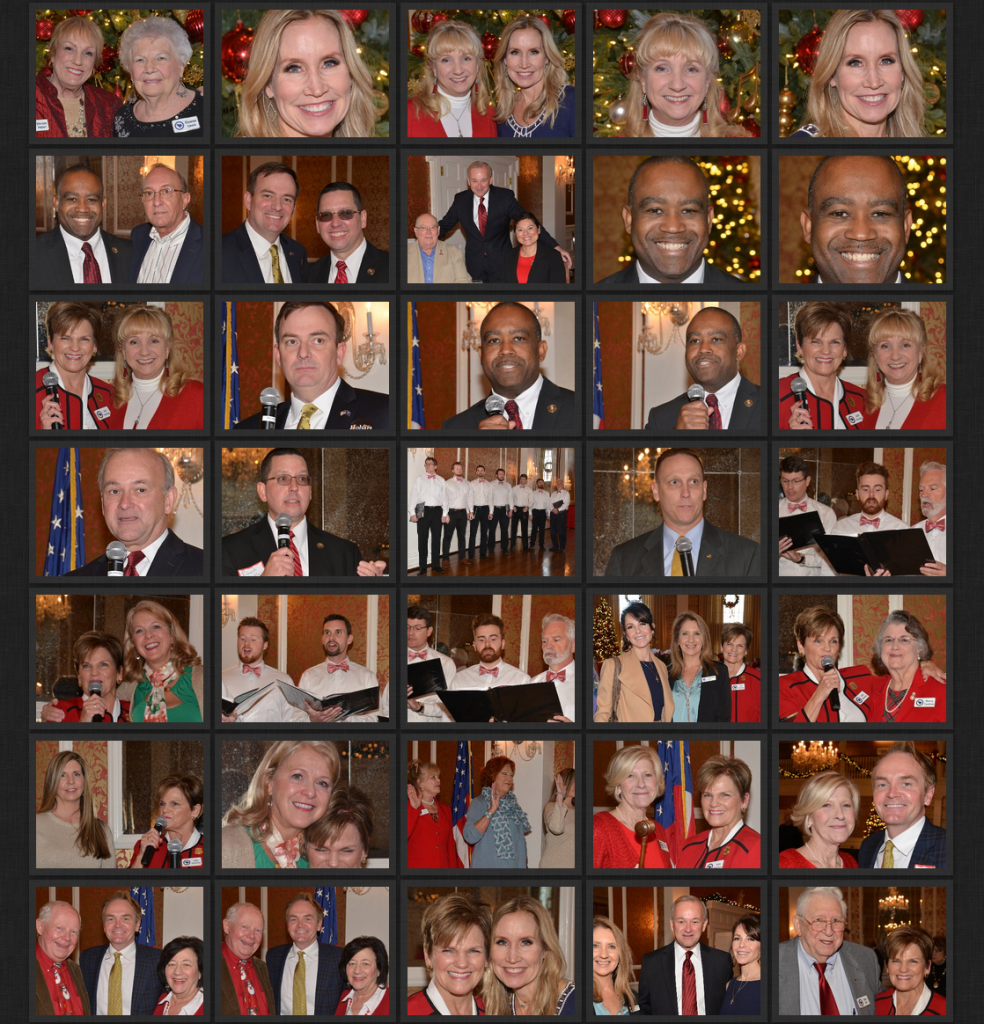 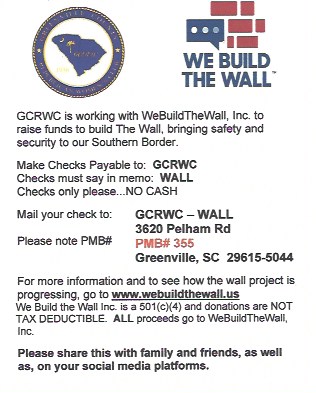 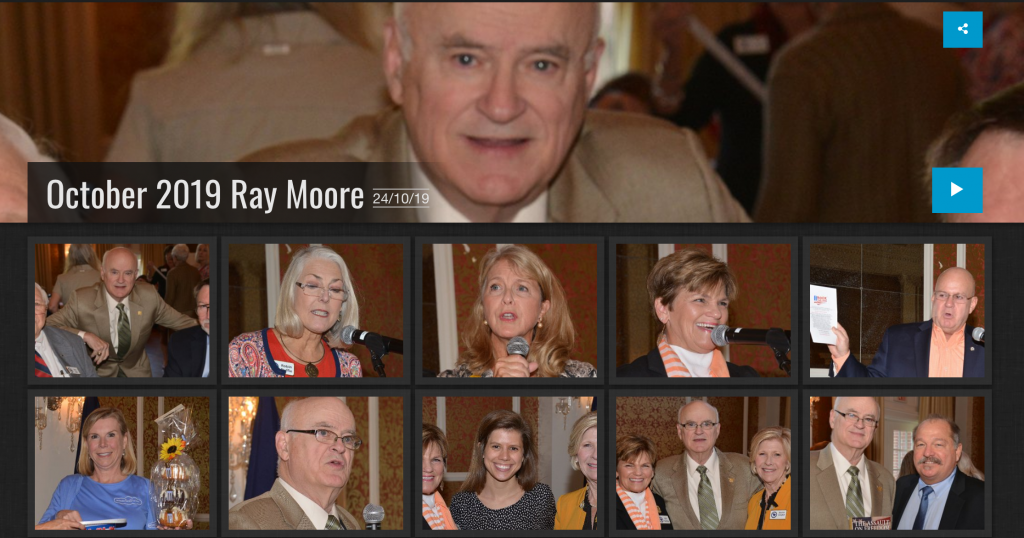 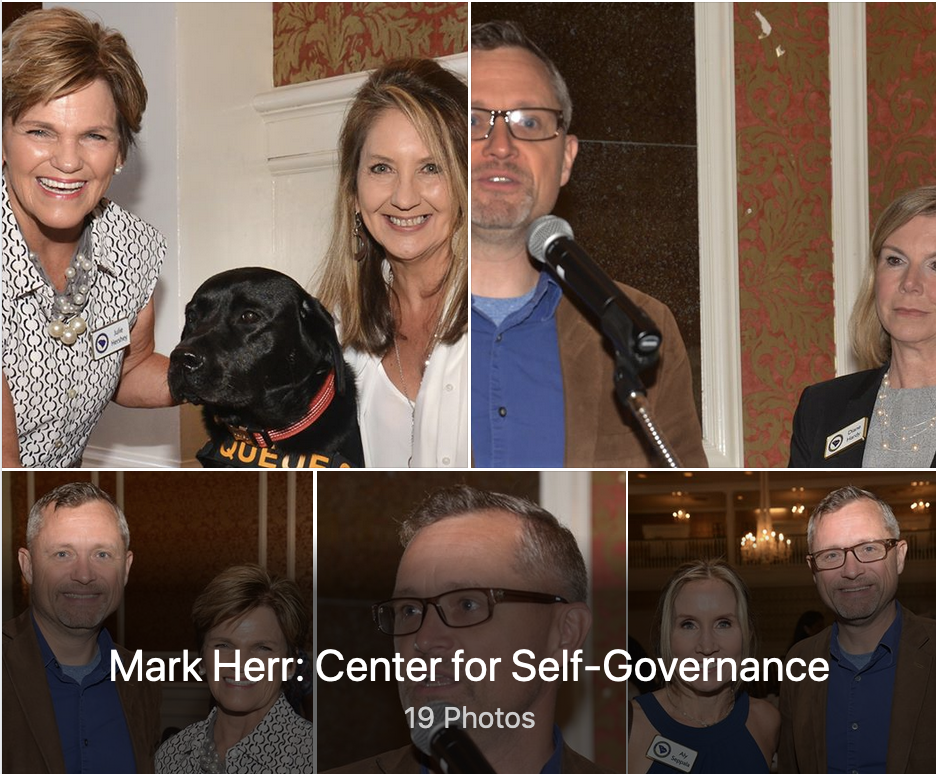 Defenders for Children will make a guest appearance at our Sept. 26 luncheon. 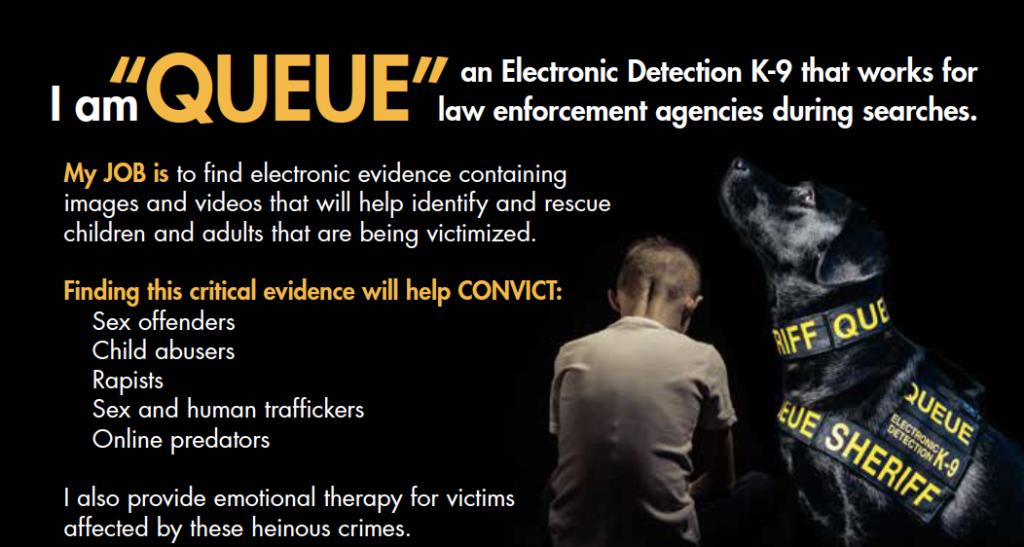 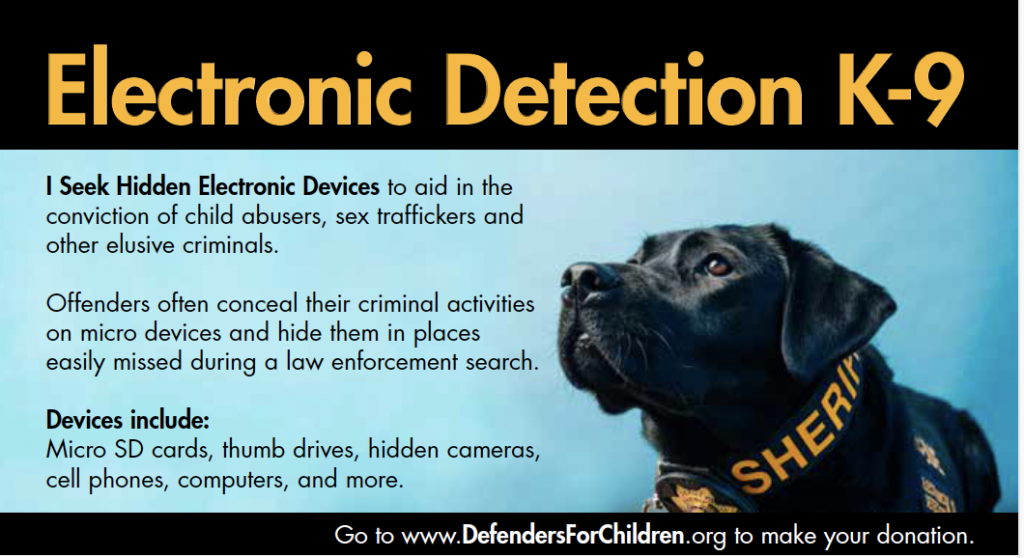 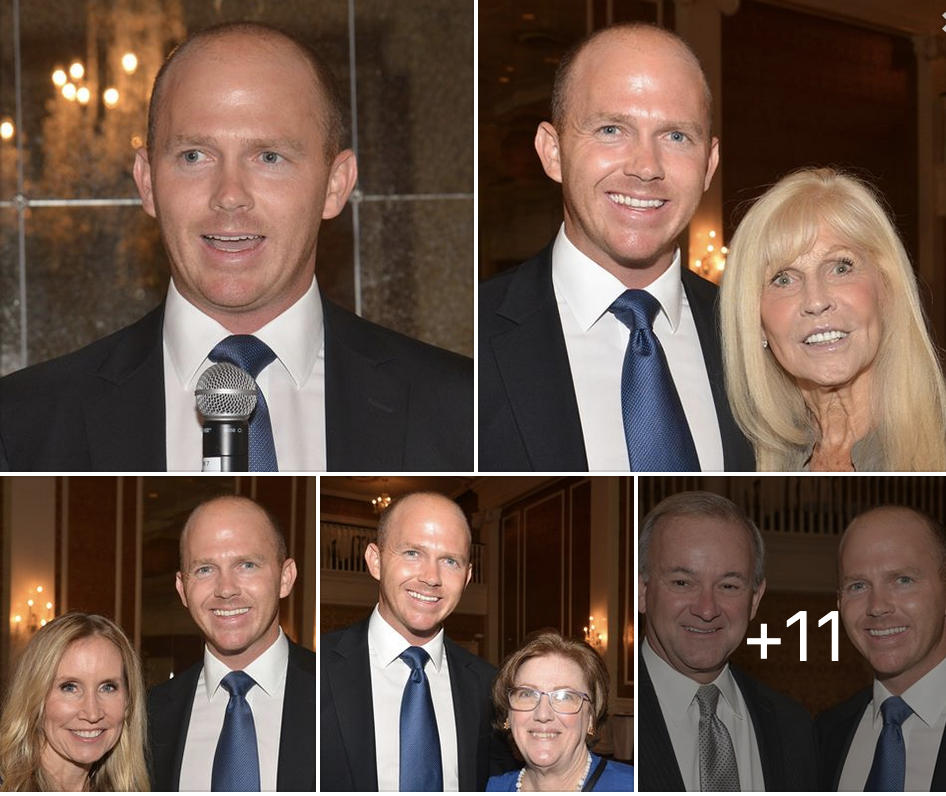 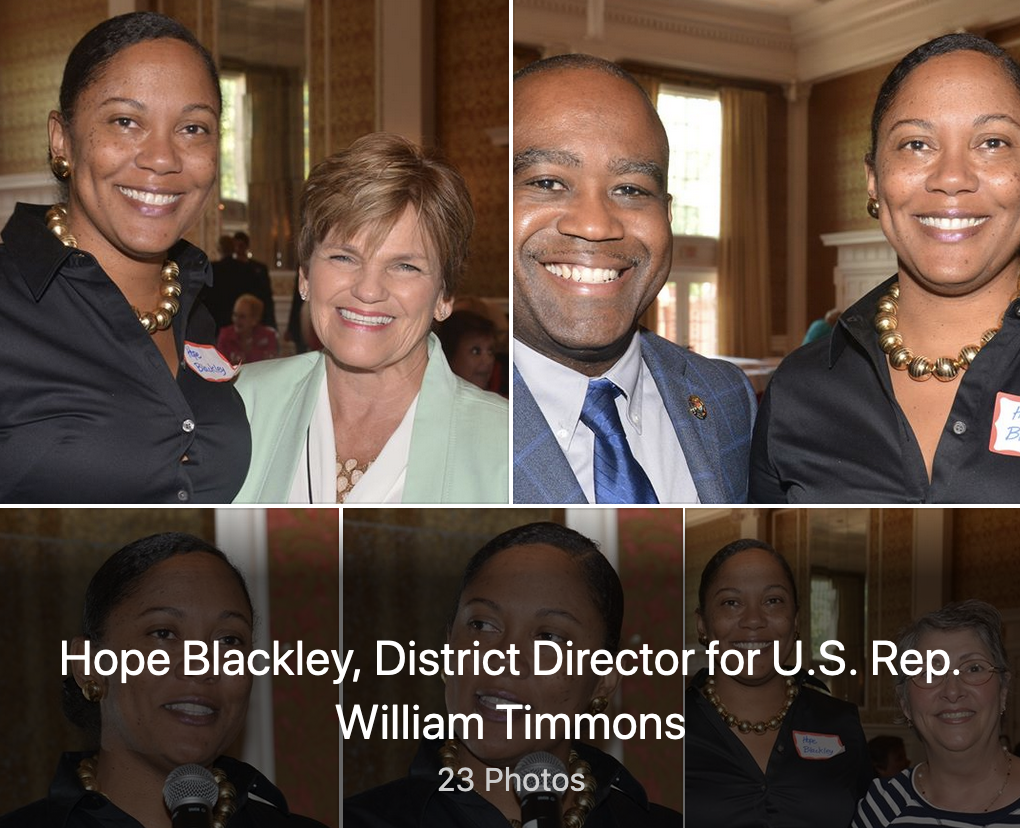 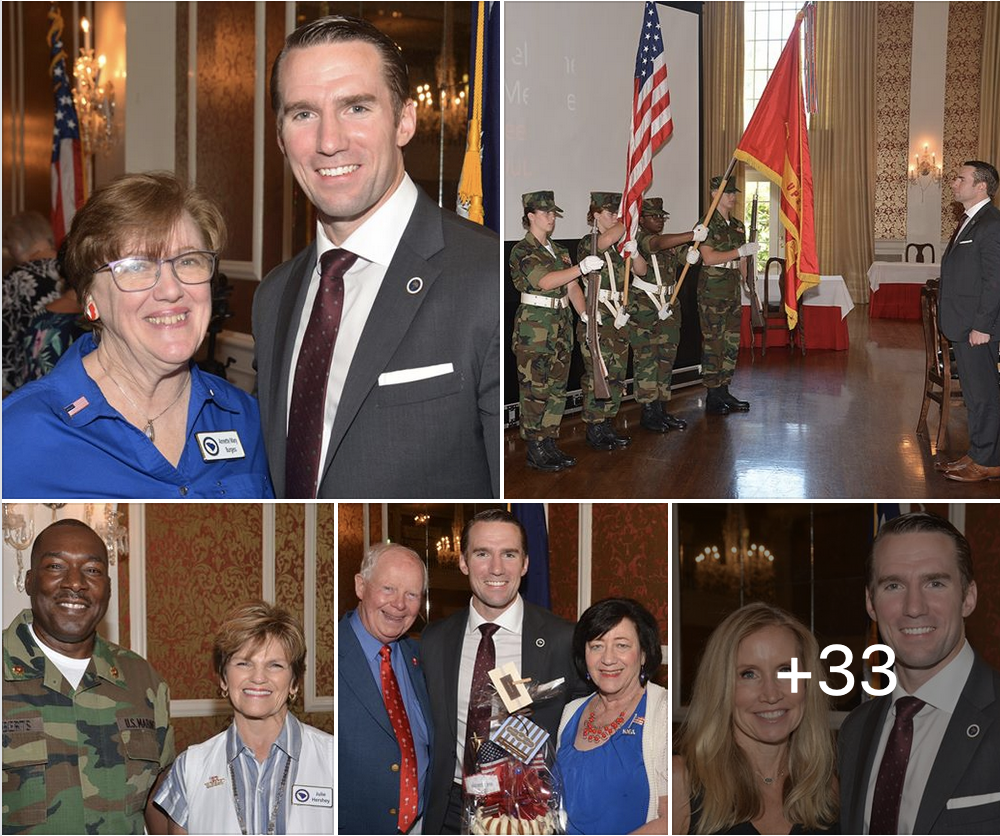 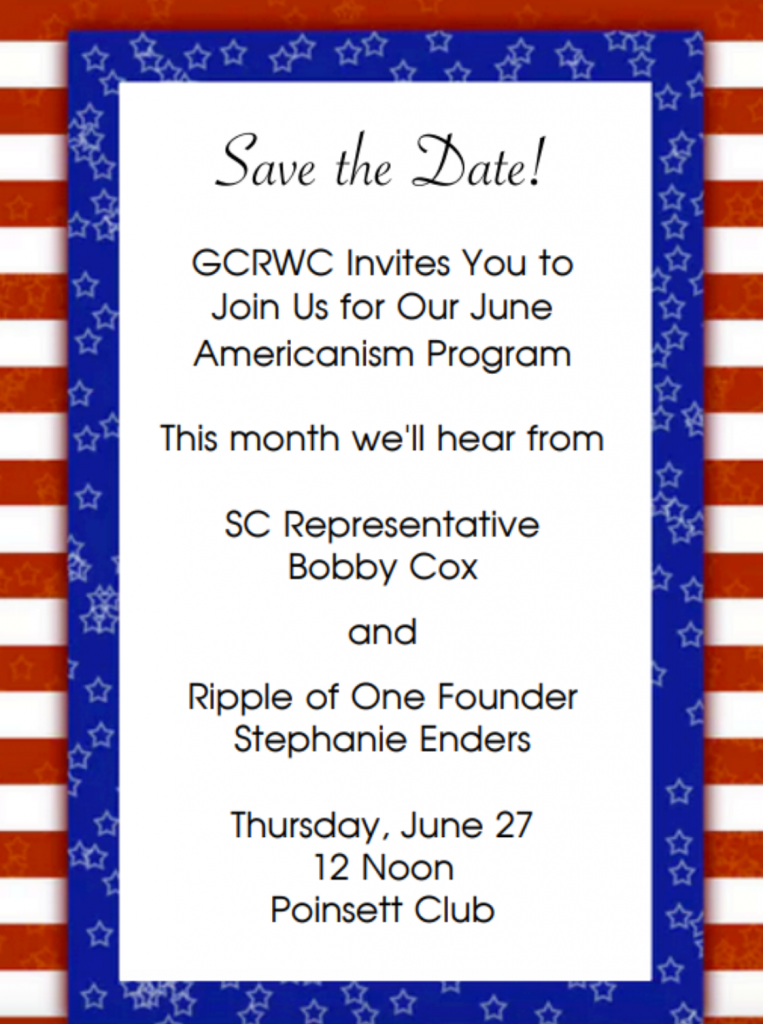 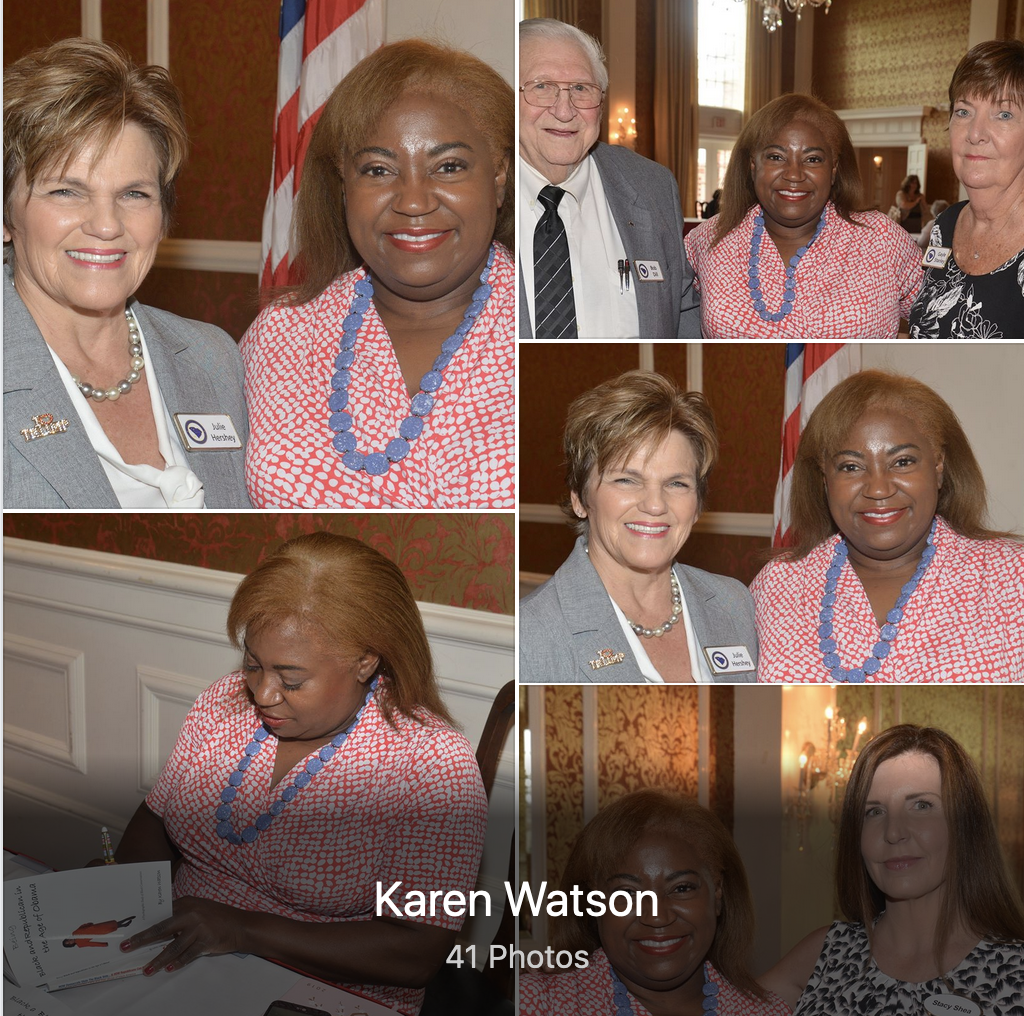 Over the last week, you and THOUSANDS of your fellow South Carolinians contacted their state politicians demanding they kill a $120 million tax giveaway to the liberal, billionaire owner of the NFL Panthers.

Once again, they ignored you.

Here are the votes, click here to see how YOUR legislators voted on this issue. 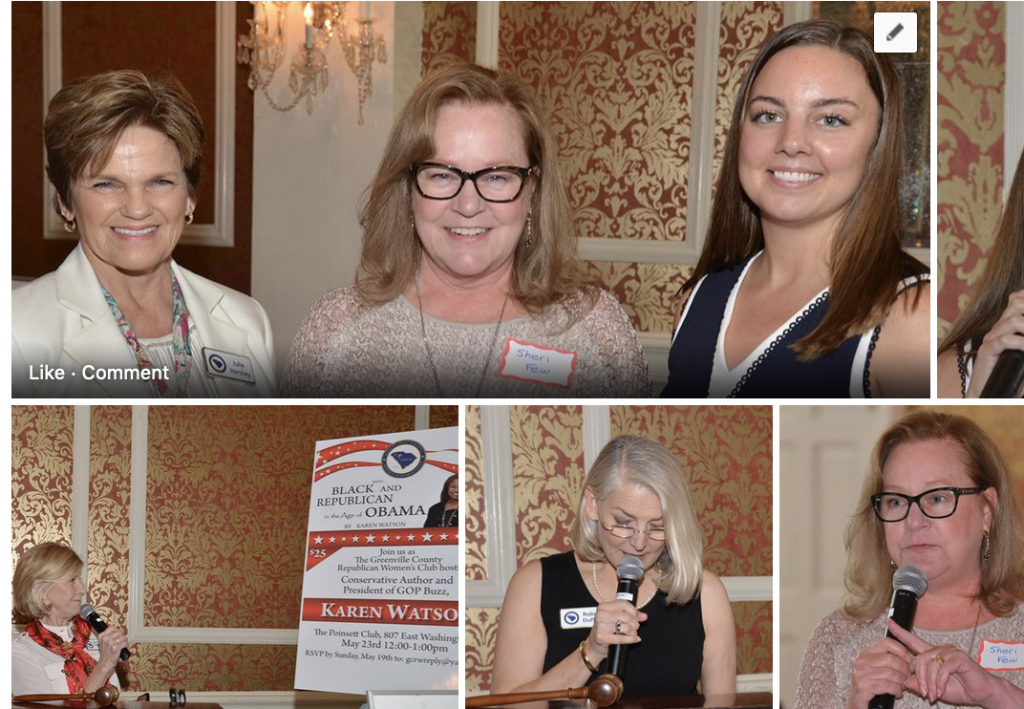 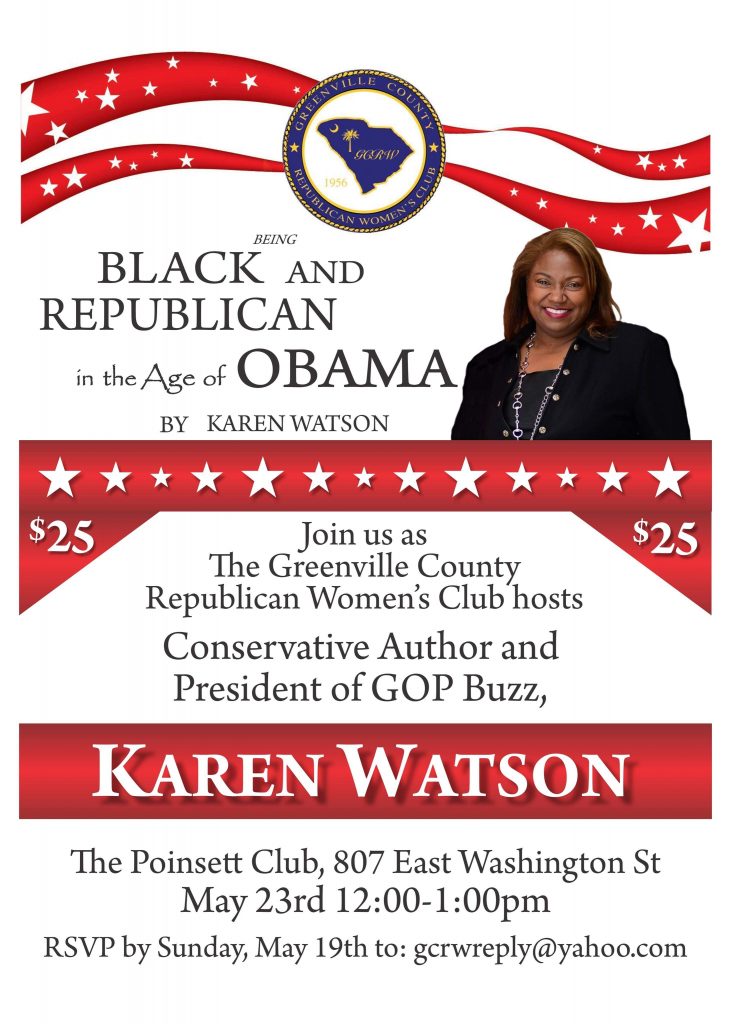 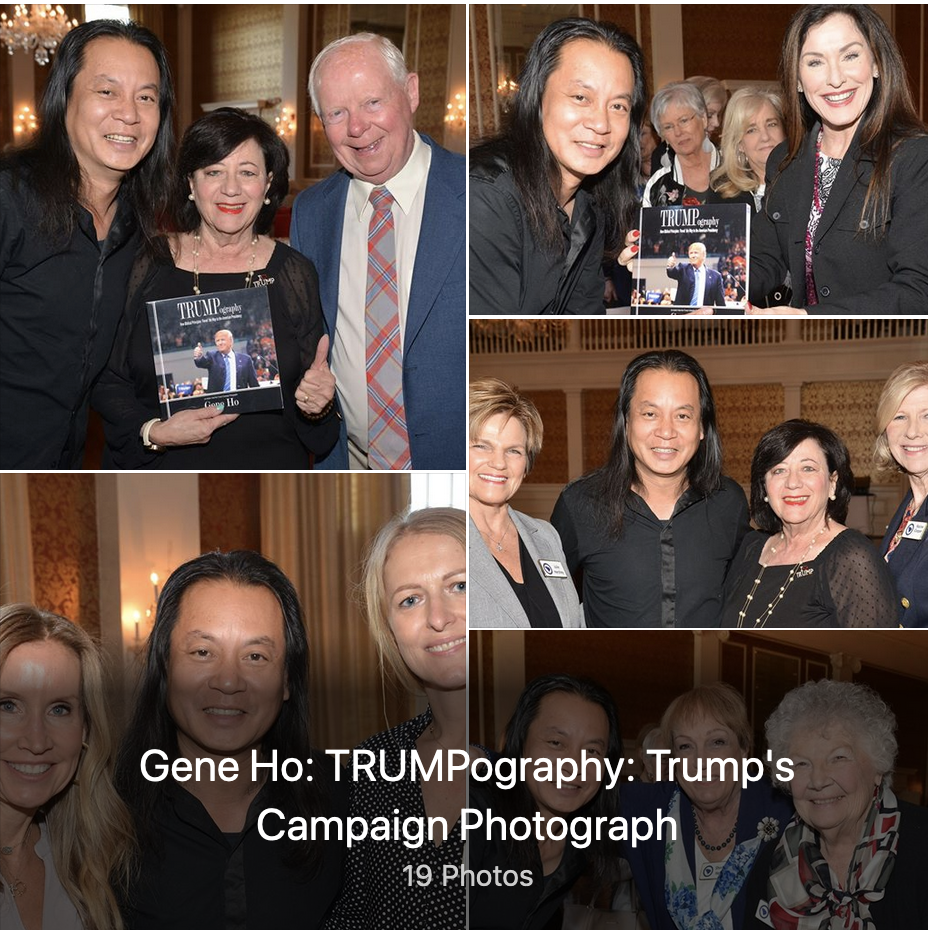 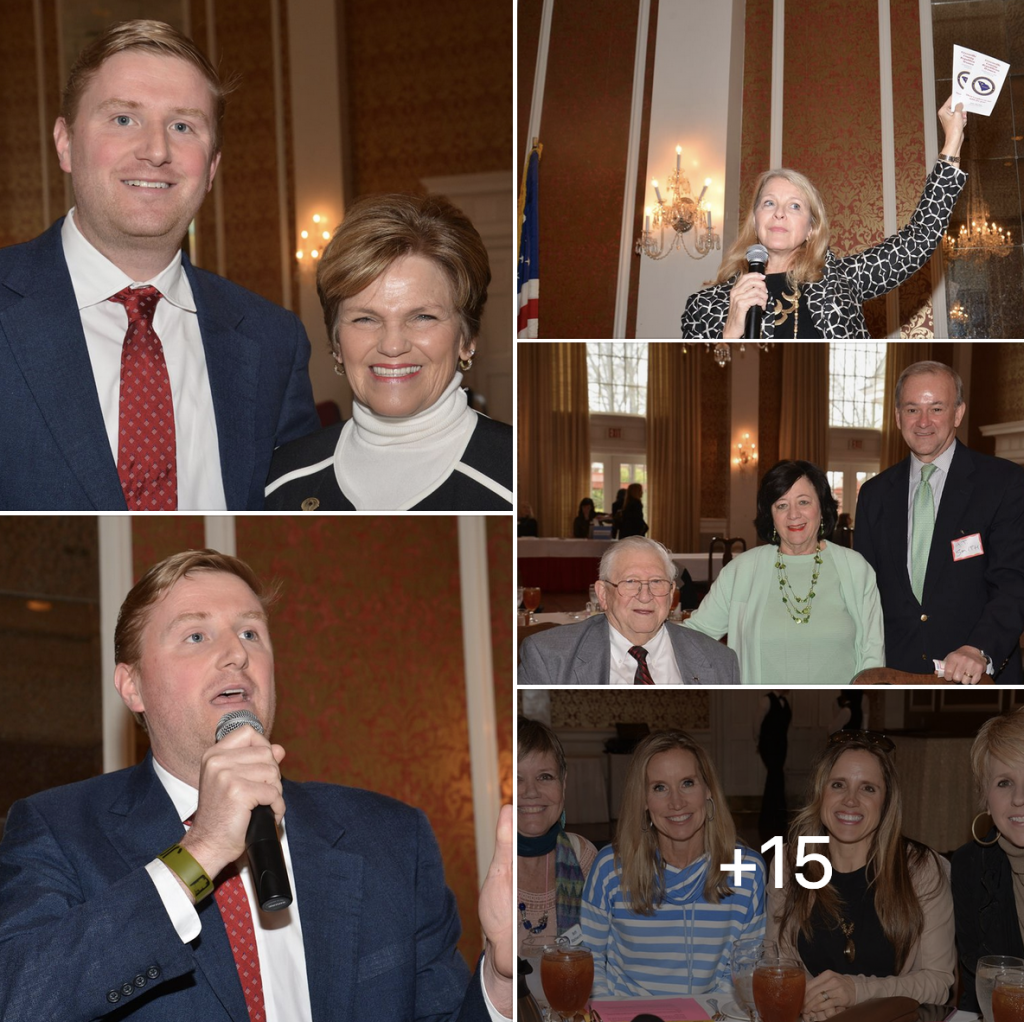 Gloria Landry: Build the Wall from Thomas Hanson on Vimeo.

Leftists Have A New Idea To Combat Climate Change:
A Baby Tax

Greenville Health System Takeover Plans from Thomas Hanson on Vimeo. This video is based on the presentation by Tom Barilovits at the Aug. 25 meeting.

Greenville Health System — a Story the Greenville Media Will Not Report from Thomas Hanson on Vimeo.

The Seven Must-Read Passages of the Benghazi Report

The abortion lobby fears the life-saving power of ultrasounds and will say or do anything they can to cover up the truth about abortion. For example, Cecile Richards, the President of the nation’s largest abortion provider Planned Parenthood, insisted that ultrasound laws set an “abhorrent precedent.” Of course, what Cecile really “abhors” about ultrasounds is how effective they are at saving lives.

In fact, a nationwide study has revealed that 78% of abortion-minded women who view an ultrasound image of their unborn baby reject abortion and choose life for their babies. That’s because ultrasounds compel women to recognize something the abortion lobby cannot tolerate — that unborn babies are just as human as you or I. That’s why your National Pro-Life Alliance continues to push for tough ultrasound laws at the state and federal levels to show mothers the truth — that abortion ends a human life.

By requiring that every abortionist show the mother an ultrasound of her child before performing an abortion, you and I can literally save thousands of unborn lives.

For Life,
Martin Fox, President
National Pro-Life Alliance
P.S. If you haven’t already done so, please click here to sign your petition in support of the Ultrasound Informed Consent Act.

Find all the candidates running for the SC Statehouse in 2016 on the following website. The Primary is June 14.
https://ballotpedia.org/South_Carolina_elections,_2016

South Carolina Policy Council: HOUSE LEGISLATION WOULD MAKE IT A FELONY TO GIVE ‘INCOMPLETE’ TESTIMONY

THIS IS AN ACTION ALERT FROM DEBBIE SPAUGH, GCRWC LEGISLATIVE COMMITTEE CHAIR

PLEASE CALL OR EMAIL YOUR STATE REPRESENTATIVE AND ASK HIM/HER TO VOTE AGAINST H. 5368.  This is a bill introduced by outgoing Rep. Walt McLeod on Wednesday, May 18th.  The unstated goal of this bill is to intimidate citizens from testifying at House or Senate subcommittee or committee hearings.  The two main parts of the bill are: 1.  to require testimony given at committee or subcommittee hearings to be given under oath, and 2. anyone who “willfully gives false, materially misleading, or materially incomplete testimony under oath is guilty of contempt of the General assembly.”  The first offense of contempt of the General Assembly is a misdemeanor, punishable by a $100 minimum fine, a six-month imprisonment, or both.  The second offense is a felony and carries a minimum prison sentence of five years, or a fine at the discretion of the court.
As pointed out by the SC Policy Council, “the terms ‘materially misleading’ and ‘materially incomplete’ could mean just about anything. If a testifying citizen misstated a statistic or failed to mention a point lawmakers felt to be essential, would that open the citizen to a SLED investigation?”
The bill was introduced “without reference”, so it bypassed the committee process and will go to the House floor for debate probably Tuesday or Wednesday of this week.  CALL YOUR STATE REPRESENTATIVE AND TELL HIM/HER TO VOTE AGAINST THIS BILL, THE SOUL PURPOSE OF WHICH IS TO STIFLE OUR FREEDOM OF SPEECH.

A Review of the South Carolina Department of Transportation

Follow this link to see the video of Representative Jonathon Hill giving one of the best floor speeches probably ever given at the SC Legislature:      http://jonathonhill.com/hypocrisy/.

Rather than pass Hill’s amendment, the House passed Amendment 1A proposed by House leadership, which offers little in the way of true reform.  H.3579, with Amendment 1A, has been sent back to the Senate.  (Exerpt from Legislative Article by Debbie Spaugh)

NOW is a critical time in our state house regarding the refugee issue because S997 has passed
the Senate and is on the way to the House. Remember we have so much more influence at the
state level than at the federal level, that is why it is so important to form a good, friendly
relationship with your state representatives. (Read more)

“How wonderful it is that nobody need wait a single moment before starting to improve the world.” — Anne Frank

ACTION ALERT FROM DEBBIE SPAUGH, GCRWC LEGISLATIVE CHAIR
This is an Action Alert regarding the “Roads Bill”, H.3579, which was amended by
the Senate (Amendment 31A), passed on 3/9/2016, and returned to the House.
As I pointed out in my article in the GCRWC March Newsletter, the Senate version
did remove the gas tax hike, but failed to make real reforms to the transportation
funding system. The House will probably take up H.3579, with Amendment 31A
the week of April 11th.
We need to call or email our State Representatives and urge them to kill the bill.
The citizens of South Carolina want real reforms. Read more.

This is a link to an article about funding of I-185. According to this, no tax dollars were used to build it or maintain it. The tolls are used to pay the bond debt and to pay the DOT for maintenance.

Mom of officer who died: ‘He loved what he did’

This video was played before Michelle Wiles spoke: Ann Corcoran on Refugee Resettlement